STOP PRESS: The Williams case was successful at trial and is already considered a landmark case in economic loss for a private nuisance. Network Rail appealed and the case was heard by three Justices including the Master of the Rolls in the Court of Appeal in June 2018. High Court accepted that it was important enough to justify leapfrogging it straight to the Court of Appeal. The Master of the Rolls – Sir Michael Etherington, Lady Justice Sharp and Lord Justice Leggatt agreed that actual physical damage was not required and that just the presence of Japanese Knotweed rhizomes caused an interference with Mr William’s quiet enjoyment of his property. As a result, Mr Williams was entitled to damages for the diminution in value of his home because of the presence of Japanese Knotweed. It remains to be seen if Network Rail and their team decide to appeal this judgment to the Supreme Court. Meanwhile JMP Solicitors has hundreds of cases against public bodies and new home builders who have not addressed the Japanese knotweed problem.
JMP Solicitors won a court ruling on Japanese Knotweed which could pave the way for home owners to get compensation from Network Rail, local authorities and other major landowners. It follows a “David and Goliath” battle by two next door neighbours who took on Network Rail – and won. Samantha Towle, lawyer, JMP Solicitors acting for Stephen Williams, 43, of Maesteg applied for an injunction from Network Rail to treat the Japanese Knotweed on their land and sue for damages as the infestation caused interference with quiet enjoyment of his bungalow. The application was opposed by Network Rail. The judge refused to grant Network Rail grounds for an appeal. The claim against Network Rail was that: Lawyer, Samantha Towle representing Mr Williams said: “This case is important because the court has ruled that Japanese Knotweed infestation has caused a loss of quiet enjoyment of our client’s property. Every homeowner should be able to sell their home at its proper value but mortgage companies do not like to lend on properties that have knotweed within seven metres of a property boundary. So, through no fault of his own, our client found the value of his house significantly affected by knotweed growing close to the boundary. This is a fantastic result that will have wide reaching implications for other home owners in a similar position of which there are many around the country.” Recorder Grubb ordered that the knotweed on Network Rail’s land had caused loss of enjoyment of the property and awarded damages of £10,500 towards diminution of the property value and £5,000 towards the cost of removing the Knotweed. Without removal of the weed from the source it will just keep on coming back, year after year. Japanese Knotweed is a non-native invasive weed that was brought into the UK in the 19th century as an ornamental plant. However, it poses an enormous risk to the native bio-diversity in the UK. Not only can it damage and destroy hard surfaces such as tarmac, concrete and brick walls, the plant grows and spreads so easily. The rhizomes can go down to a depth of 3 metres. JMP Solicitors is representing several clients in actions against public bodies and new home builders who have not addressed the Japanese Knotweed problem. If you do have a Japanese Knotweed infestation please do contact a reputable removal company – a list can be found on the Property Care Association website. If you do think you have a claim please contact us through the enquiry form or by email or phone in office hours. We NEVER cold call or use enquiry agents. Be very careful about handing information over to a third party without first verifying the identity of the contact by calling the relevant organisation directly through an independent source like a phone book or an online search. .

What people say about us…

“Mrs Towle. we would like to offer our congratulations (together with many others we guess) regarding your success in winning the appeal. It seems this result does put a “line in the sand”. Well done for being a formidable advocate for owners with the problem.” Japanese Knotweed growing on the embankment Japanese Knotweed through Mr Williams window
Speak to a specialist… 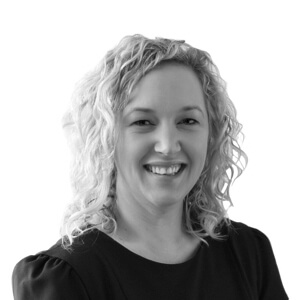 END_OF_DOCUMENT_TOKEN_TO_BE_REPLACED

Network Rail have admitted to their failings in dealing with this pernicious weed and the injunction we brought to make them deal with the problem has been agreed with by the Court of Appeal. What does it mean? This is a significant case for local...

END_OF_DOCUMENT_TOKEN_TO_BE_REPLACED

Some required Fields are empty
Please check the highlighted fields.
Share This