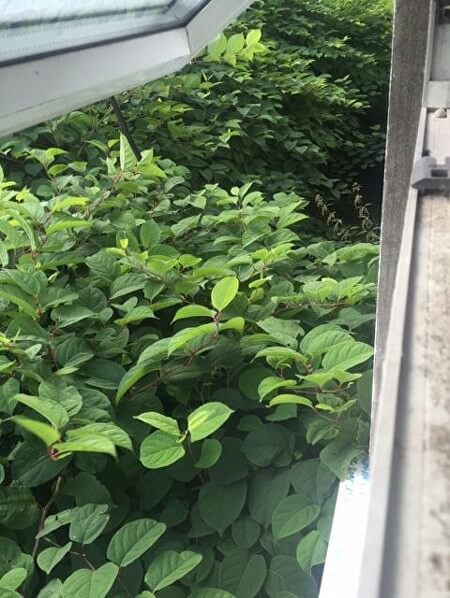 JMP Solicitors won a court ruling on Japanese Knotweed which could pave the way for home owners to get compensation from Network Rail, local authorities and other major landowners.

It follows a David and Goliath battle by two nextdoor neighbours who took on Network Rail – and won.

Samantha Towle, lawyer, JMP Solicitors acting for Stephen Williams, 43, of Maesteg applied for an injunction from Network Rail to treat the Japanese Knotweed on their land and sue for damages as the infestation caused interference with quiet enjoyment of his bungalow. The application was opposed by Network Rail. The judge refused to grant Network Rail grounds for an appeal.

The claim against Network Rail was that:

• caused interference with quiet enjoyment of the property.

Lawyer, Samantha Towle representing Mr Williams said: “This case is important because the court has ruled that Japanese Knotweed infestation has caused a loss of quiet enjoyment of our client’s property. Every homeowner should be able to sell their home at its proper value but mortgage companies do not like to lend on properties that have knotweed within seven metres of a property boundary. So, through no fault of his own, our client found the value of his house significantly affected by knotweed growing close to the boundary. This is a fantastic result that will have wide reaching implications for other home owners in a similar position of which there are many around the country.”

Recorder Grubb ordered that the knotweed on Network Rail’s land had caused loss of enjoyment of the property and awarded damages of £10,500 towards diminution of the property value and £5,000 towards the cost of removing the Knotweed.

Without removal of the weed from the source it will just keep on coming back, year after year.

Japanese Knotweed is a non-native invasive weed that was brought into the UK in the 19th century as an ornamental plant. However, it poses an enormous risk to the native bio-diversity in the UK. Not only can it damage and destroy hard surfaces such as tarmac, concrete and brick walls, the plant grows and spreads so easily. The rhizomes can go down to a depth of 3 metres.

JMP Solicitors is representing several clients in actions against publc bodies and new home builders who have not addressed the Japanese Knotweed problem.